State licensing boards composed of market participants do not enjoy automatic immunity from antitrust laws, the Supreme Court ruled on Wednesday. The decision in North Carolina Board of Dental Examiners v. Federal Trade Commission affirms the Fourth Circuit and deals a setback to an increasingly common form of regulation.

State action antitrust immunity
​​​      Since 1943, certain forms of state action have been immune from the antitrust laws. Accordingly, state legislatures may pass laws with anticompetitive effects. Several important Supreme Court cases since then have addressed the doctrine of state action immunity and helped to define its contours, ​particularly as it applies to actions outside state legislatures.
Antitrust immunity generally covers non-state actors only if the state both (1) clearly articulates the anticompetitive policy, and (2) actively supervises the policy. This case deals with the second requirement. If a professional licensing board is a state agency, must another state actor supervise the agency in order for the agency to be immune from the antitrust laws?

The dental board
In North Carolina, the legislature delegated regulation of dentists to a dental board. By state law, practicing dentists must fill a majority of the seats on the dental board.
This type of “self-regulation” is common among state licensing boards. But it has the natural tendency to become anticompetitive. Members of a guild frequently want to keep insiders in, keep outsiders out, and prop up the profession. A broad range of modern professions fall under professional licensing boards, including not just doctors, lawyers, and dentists, but also interior designers, real estate agents, floral designers, and hair braiders.
In this case, the dental board tried to exclude non-dentists from the market for teeth-whitening services after dentists complained about the low prices non-dentists charged for teeth whitening. It sent threatening letters to non-dentists who offered teeth-whitening services and even encouraged mall operators to kick out kiosks used for teeth whitening.
The dental board’s actions were not supervised by any state officials from North Carolina other than the members of the dental board itself. On these facts, the FTC took action against the dental board. The FTC and the Fourth Circuit both rejected the dental board’s attempt to invoke the defense of state action immunity.
​
​No immunity for the dental board controlled by dentists
In a six-to-three opinion written by Justice Anthony Kennedy, today the Supreme Court affirmed the Fourth Circuit, holding that the dental board is not immune from the antitrust laws.
​
The Court’s opinion explains that even though the dental board is an agency of the state, its actions must still be supervised by the state in order to enjoy antitrust immunity. The “formal designation given by the States” does not itself create immunity. Here, the board is controlled by market participants in the same occupation that the board regulates. “When a State empowers a group of active market participants to decide who can participate in its market, and on what terms, the need for supervision is manifest.”
​
​​Which agencies get antitrust immunity?
Putting the various Supreme Court cases together, we now know that state legislatures and high courts generally enjoy antitrust immunity. We also know that municipalities must act pursuant to a clearly articulated state policy, but need not be actively supervised by the state to get immunity. This opinion sheds light on state agencies.
​
The requirement of state supervision announced in today’s opinion applies to agencies “controlled by active market participants.” Actions taken by boards with no involvement from market participants may not have to satisfy that requirement. The opinion also identifies some factors concerning adequate state supervision. For example, the state supervisor must actually review the substance of the agency’s actions and have the power to overrule or modify the actions.
​
Bar associations in particular have been a source of litigation over the doctrine of state action immunity. Today’s opinion cites three important cases concerning regulation of lawyers by state bar associations. The Court’s descriptions of the cases suggest that those cases should be interpreted to mean that only the specific actions of a bar that are actively supervised by the state (e.g., a state supreme court) get antitrust immunity. The rest of a bar association’s activities likely have no such immunity.

The dissent: An agency is a state actor
Justice Samuel Alito, joined by Justices Antonin Scalia and Clarence Thomas, dissented. The dissent notes that the practice of self-regulation by dentists in particular predates the Sherman Act in the 1800s. There is nothing new about it. Justice Alito then explains that the agency gets immunity as a state actor because North Carolina designated the dental board as a state agency. He reasons that the agency is not a private party and the courts should not wade into determining whether a state agency is sufficiently independent to get immunity without being actively supervised by another state official or entity.​​​
Resources:
​​• ​ The text of ​North
​Carolina Board of Dental
Examiners v Federal ​
​T​rade Commission​​, 574
​U. S. ​____ (2015)
​
•  The Federal Trade
​Commission Staff
​Guidance on Active
​Supervision of State
​Regulatory Boards
Controlled by Market
​Participants​, Oct., 2015
​
•  FTC: The When and What
​of Active Supervision​,
​Oct., 2015
​
•  The Antitrust Attorney
​Blog: Active Supervision
​and State Action
​Immunity for Licensing
​ Board Controlled
​ by Market ​Participants,
​Nov., 2015​
​
•   ABA/AHLA Antitrust in      Healthcare Conference:
​"State Action Issues in
​the Wake of the North
​Carolina Dental Board v
​Federal Trade
​Commission Case,"
May, 2017
​
•  The State Center’s Primer​​
​for State Regulatory
​Board Supervisors and
​Counsel​, ​Jan., 2017
www.​fairpsychology.org 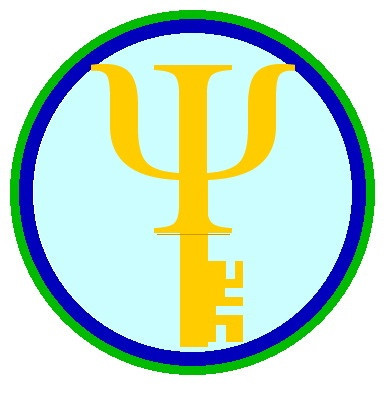